"ARE YOU HURT OR ARE YOU INJURED?"

"ARE YOU HURT OR ARE YOU INJURED?" 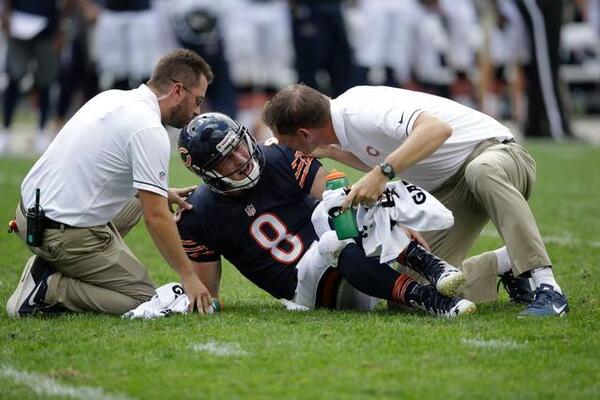 I posted this question on my social media pages recently, and received an overwhelming response from people asking me “what are you talking about?” That's fair because it is an odd question. However, for the few who have played football at some time in their lives, quickly realized it’s a question more than likely a coach would ask.

If you’ve ever played or watched a football game, you know injuries are part of the package.  If you play, you’re going to get hurt. "It’s just what we do" (as they say in the Geico commercial).  I heard the question asked more often during my NFL days rather than high school or college. Whenever you were injured, the coach walks over to you slowly and says, “Are you hurt or are you injured? If you're injured, go see the trainer, if you’re hurt get back out there!”  I know, it put us players in a compromising position. If you don't play, you run the risk of the "next man up principle." Someone is waiting for your job. If you do continue to play, you could further injure yourself and be out even longer.  It was quite a dilemma.

"If you're injured, go see the trainer if you’re hurt get back out there!”

What does this have to do with you, high achievers? In the real world, we have these "are you hurt or are injured" moments too.  Think about the times you're working hard to achieve something, and it just doesn't go the way you want. Perhaps you didn't get the job, the sale, new account, had a crappy workout, a setback pursuing your weight loss goal or let's just say you experienced set back after set back. You get the point. How do you respond? I've seen ones lose all sense of direction during those moments. It's like they cannot adapt. Instead, they take the "injury" and ask for the trainer because they don't think they can play anymore.  Now don't get me wrong, there are times when we do need to shut it down.  I tore my ACL ligament my rookie year when I was with the Cleveland Browns.  I was visibly injured and out for one year. However there were many other times, I was hurt and banged up but was able to shake it off and keep on trucking.

In life, you will have true moments when you are injured and need to take a break. When you take that break, it's the smart thing to do.  However, you will never need to shut it down for a year or even six weeks like when I broke my ribs with the Atlanta Falcons. Think of the challenges you face in your pursuits from day to day as if you just got hurt. No biggie!  Little ego damage, a speed bump, probably not a roadblock.  How do you stay in the game? When it happens, you take a step back, evaluate the situation, make a decision and then commit to that decision! But when you commit, you commit at FULL SPEED! That's how we had to do it. If we didn't, we were replaced!

So the next time life throws you a curve ball or you’re just having one of those bad crazy days, remember to ask yourself, "am I hurt or am I injured?"

P.S If you are moved by this type of content, be sure to order my book and sign up for my newsletter the Birden Report.  The goal, keep you performing at the highest level!